This 4-page film program, in contrast to many others, is not particularly photo heavy and only displays images of scenes from Der Rächer/The Avenger (1960) on its front and back pages.

This movie was the first non-Rialto Edgar Wallace movie of the 1960s and came very early on in the Wallace craze, following hot on the heels of Der Frosch mit der Maske/Fellowship of the Frog (1959) and Der rote Kreis/The Red Circle (1960).

Produced by Kurt Ulrich Filmproduktion and directed by Karl Anton, both minor league in comparison to the behemoth that was Rialto and its talent, had a number of remarkable firsts as it featured the Wallace debuts of Klaus Kinski, Heinz Drache and Siegfried Schürenberg, who would all become major players for the main series. It also starred Ingrid van Bergen who would shoot one Rialto Wallace, Das Geheimnis der gelben Narzissen/The Devil’s Daffodil (1961).

Unfortunately, that is where the interests ends as - instrumental as it may have been in its choice of acting talent - with regards to entertainment value, this is a terribly wasted opportunity and a fairly dull production. 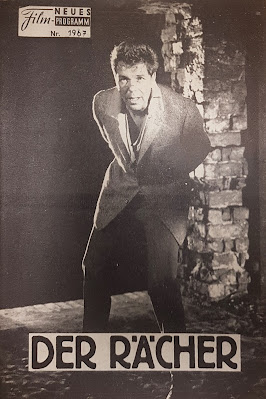 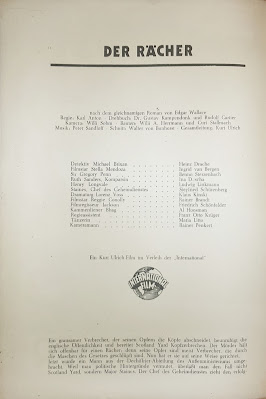 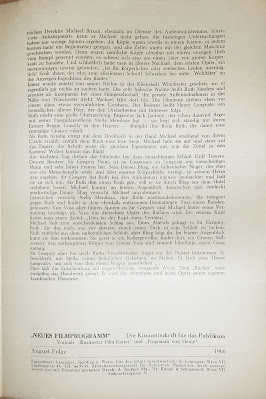 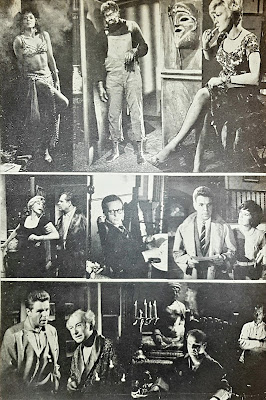