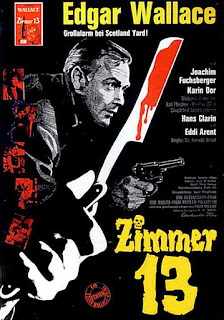 This is probably the least known Rialto Edgar Wallace and hardly ever gets discussed. From the moment it got released it didn't get any respect. It was the first over-18 Wallace movie, so only adults were allowed in whereas previous films were available to the teenage crowds. That new concept didn't gel well with the cinema audience and the film flopped and Rialto was soon back to producing films that appealed to more than just the adults. At least until they geared up the sleaze factor with some of the coloured productions.

Being an adult production the film has some scenes that were far more gritty or revealing than previous Krimis. Although on first glance the whole gangster scenario looks familiar from previous movies, the killer scenes involving a black gloved murderer with a razor blade were proto-giallo and should soon become more popular in Italian productions. We see the first boobs (albeit briefly) in an Edgar Wallace movie and some blood splashing in a black and white fountain (the scene with the stripper). Other tropes that would often feature in gialli are an abundant presence of weird mannequins in the most inopportune places and quick zooms to the eyes.

What I find extremely interesting is the way that giallo style murderer is revealed. Don't want to give away any spoilers, but the type of killer, the motivations for that person as well as the very interesting choice of music in the scene involving the family portrait are very much in line with later-day giallo productions.

As for the main plot about a great rain robbery....

Imagine how current this was at the time! The original headline grabbing robbery took place on August 8, 1963, yet the West German release of this movie was just about half a year later on February 20, 1964.

Posted by Holger Haase at 7:42 PM No comments:

Scan of an eight-page German film program for Die 1000 Augen des Dr. Mabuse/The Thousand Eyes of Dr. Mabuse (1960) by Fritz Lang, the first in a series of six Dr. Mabuse movies that I covered in my eBook THE MANY MASKS OF DR MABUSE. 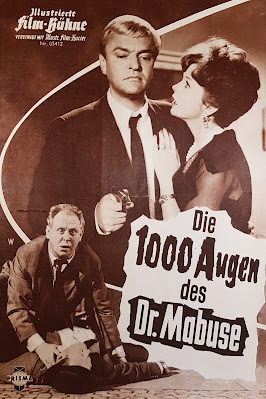 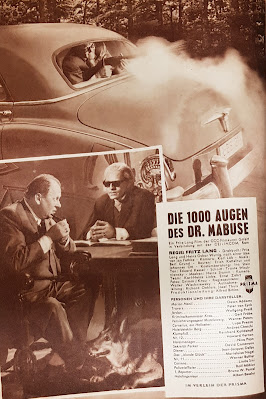 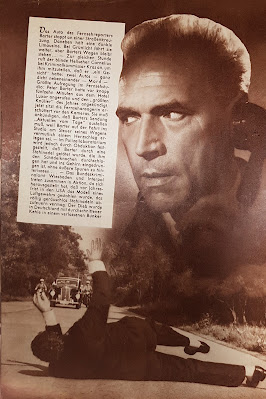 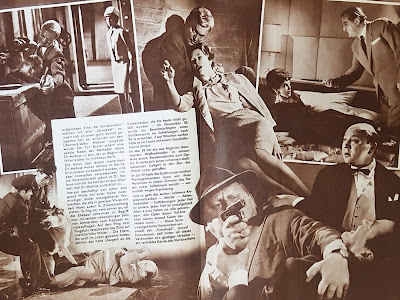 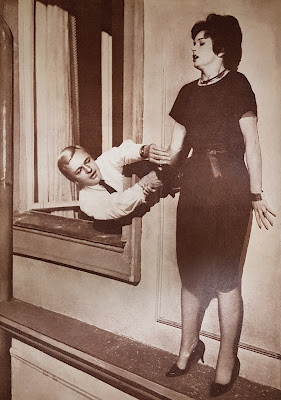 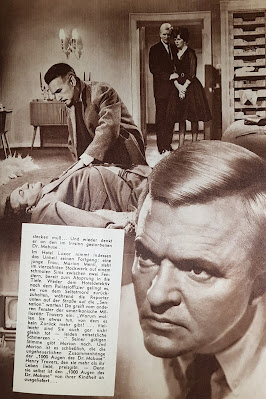 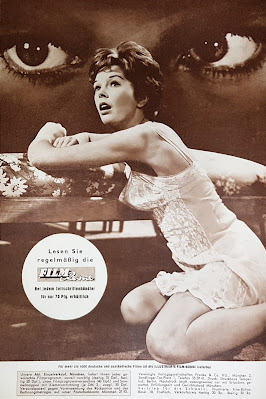 Posted by Holger Haase at 3:27 PM No comments: