Whatever happened to the abundance of Edgar Wallace film related items on the German Ebay site? There's barely anything about those movies or about any other Krimis remaining on it these days.

Just as well then that I at least internationally found one or two small items of interest. About the same time that I discovered the Yugoslavian film program for Der Hexer/The Ringer, I found another seller who was also selling a Yugoslavian film poster for the same movie (released as Carobnjak in Yugoslavia).

I always get a kick when I see unusual material coming from countries not generally associated with genre movies.

The item arrived in the mail the other day. Happy camper I am. 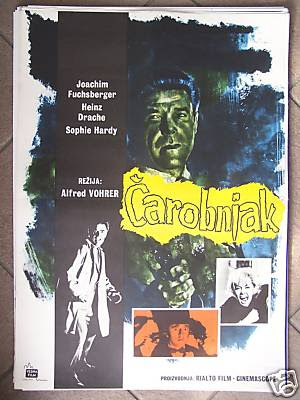 Posted by Holger Haase at 4:36 PM No comments:

I just received this original Yugoslavian film program for Edgar Wallace thriller DER HEXER/THE RINGER. It very prominently features Sophie Hardy. No idea why. I mean I really like her, but she was never the film's main selling point. Was she somewhat of a star in Ex-Yugoslavia? No idea. Maybe someone can tell. 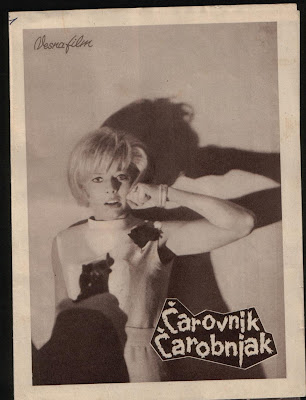 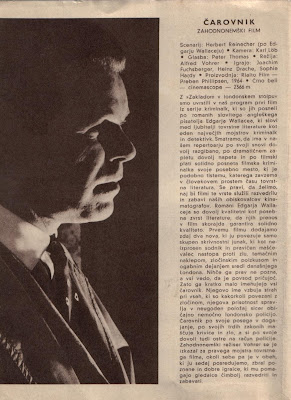 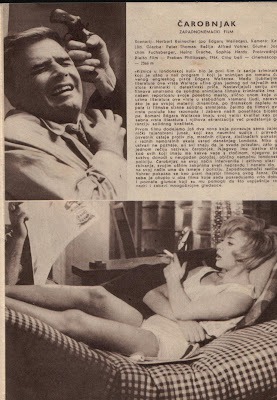 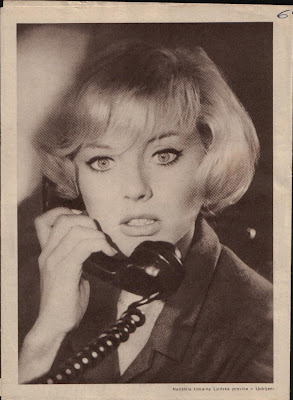