Just got back from a trip to visit my family in Germany and amongst the stuff I brought back was this German set of lobby cards for Die blaue Hand/Creature with the Blue Hand (1967).

It's definitely not in the best of conditions - in actual fact the scans make them look better than they truly are! - but can't say I care too much. They were fairly cheap and I am just happy I have those, besides with those historical documents I often like a certain layer of patina. Based on some scribblings at the back (and even a postal stamp!) those seem to have been used in Italy where the film was released under the title L'artiglio blu. 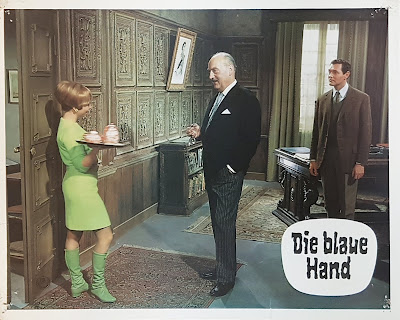 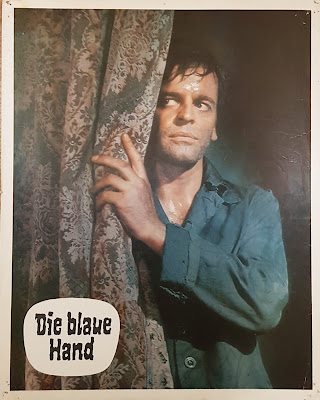 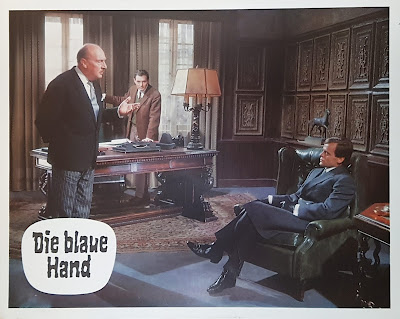 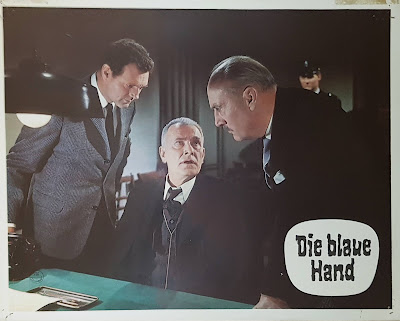 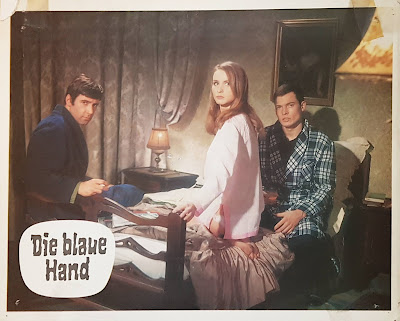 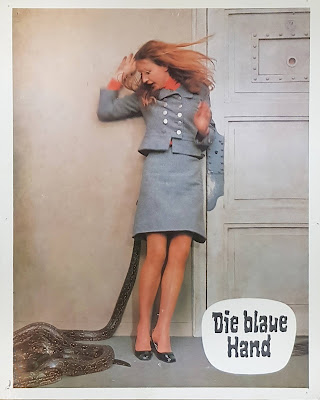 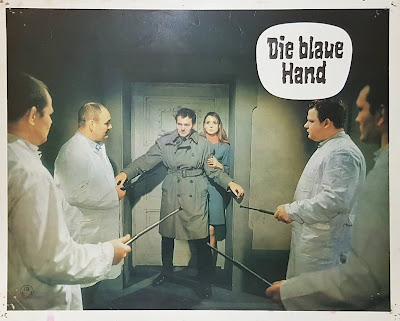 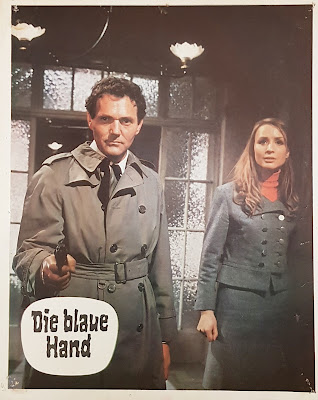 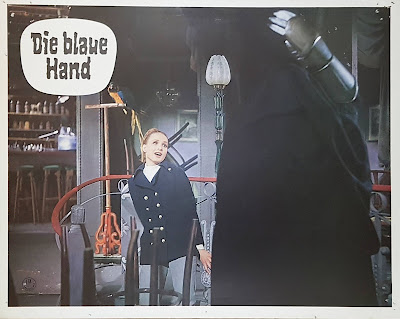 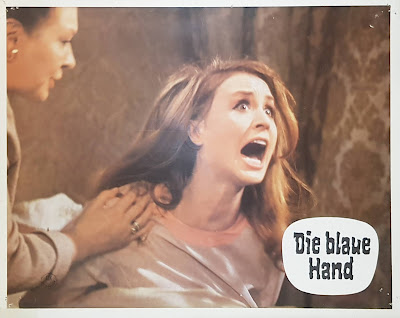 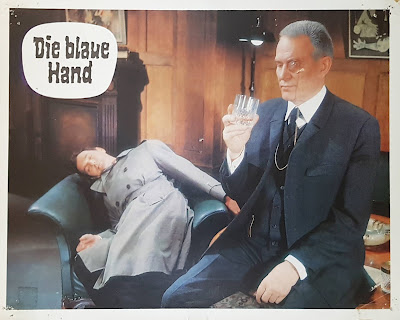 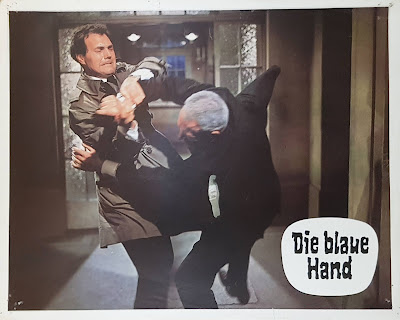 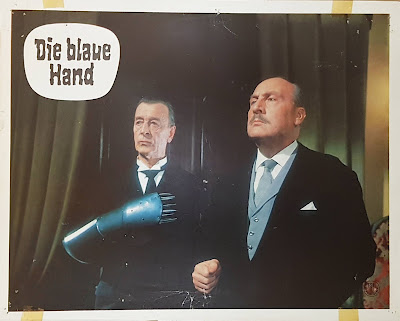 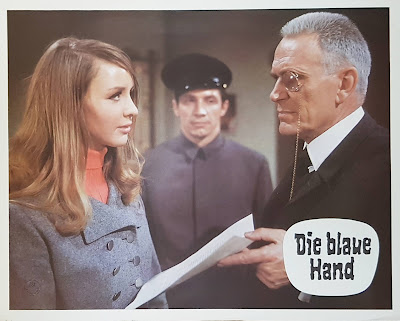 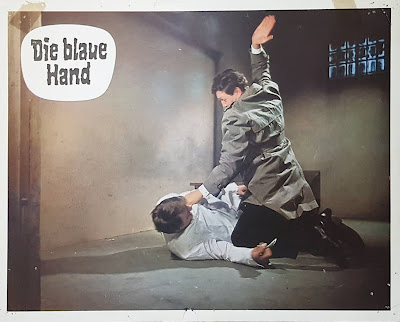 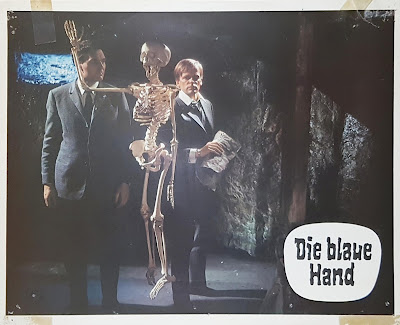